The Majestic Theatre was designed by architect Herbert J. Krapp and was constructed by real-estate entrepreneurs the Chanin Brothers as part of an entertainment complex, which also included the John Golden Theatre, the Bernard B. Jacobs Theatre, and the Milford Plaza hotel. 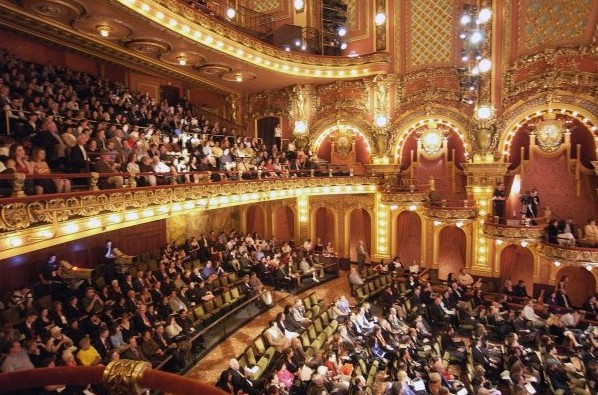 Opened on March 28, 1927 with the musical Rufus LeMaire’s Affairs, the Majestic is a stunning theater complex both inside and out, designed in what Krapp called a “modern Spanish” style. A clever part of Krapp’s design is the balcony, which offers ideal sight lines for audience members due to its steep rake.

The decision to install a single large balcony, rather than two smaller ones, was forward thinking; today, producers can be reticent to book two-balcony houses, as seating on a second balcony is less desirable to modern audiences. During the Great Depression, in 1930, the theater was purchased by the Schuman brothers, and it is currently operated and owned by the Schuman Organization.